The world’s largest metrology company was founded in 1934 by Yehan Numata with one product – the micrometer. Mitutoyo’s philosophy at that time was to make the best mechanical micrometer in the world. But also to produce them in quantities that made them affordable and available to all of manufacturing so they could improve the quality of the products they manufactured. This philosophy was expanded in the next several decades to include a wider product offering focused on mechanical, dimensional gauging products. Mitutoyo focused its R&D and production efforts on creating the most advanced micrometers, callipers, indicators and other measurement tools in the world.

As electronic technology became more widespread in the 70s, Mitutoyo applied electronics to its line of dimensional gauging equipment to include electronic, or digital, measuring tools. During this time it also began to offer larger, more complex and more sensitive measuring instruments, including optical comparators, form measuring equipment, and coordinate measuring machines. As statistical process control (SPC) was introduced, Mitutoyo led the world in the development of output gages, interfaces, data collectors and analysis software to take advantage of this new metrology science. 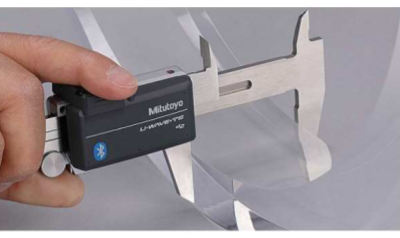 For accurate measurement of inside diameter, Mitutoyo has a wide range of products for your application.Request a Quote